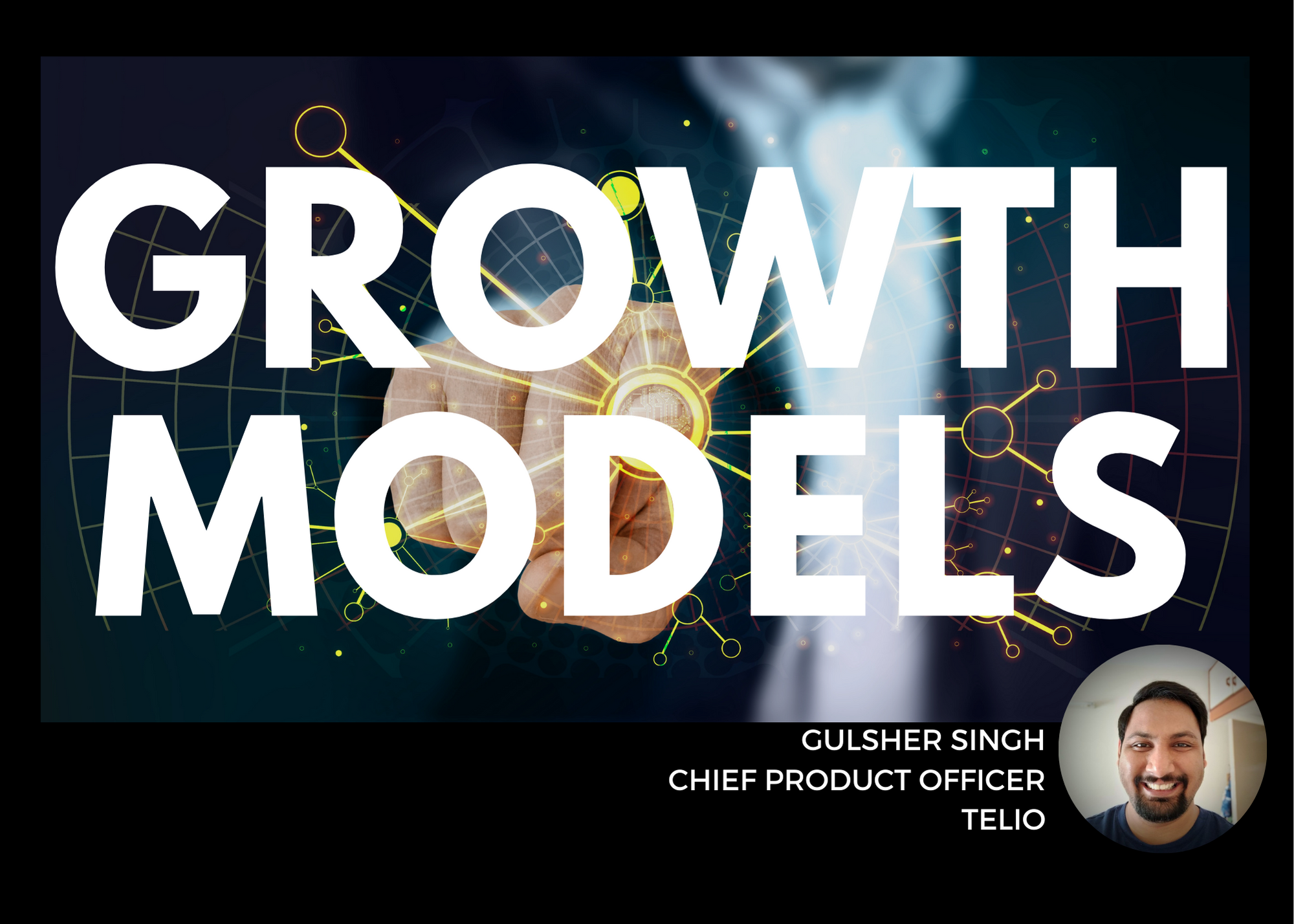 Growth is the pinnacle that almost every organization works towards, and we had the pleasure of having Gulsher Singh, Chief Product Officer at Telio share with us about Growth Models in a small group zoom session. These are notes taken from the session and shared with Gulsher’s permission.

Gulsher distilled the concept of growth down to its very essence:

Growth is when a system increases on specific dimensions over time

This is akin to how when humans grow, we do so in dimensions of height, IQ etc. When companies grow, they can grow in dimensions of active users, number of employees, revenue, and so on. Therefore, growth is simply anything that increases on specific dimensions.

Phase I: value discovery, where most founders are trying to find product market fit and are trying to validate their ideas. The dimension of growth here is likely to be customer love, and changes would likely be used to test bigger hypothesis instead of incremental ones for micro optimizations.

Phase II: hyper growth phase, which can also be understood as the channel discovery phase, where we start finding something that can provide high volume in terms of traffic and yet is still affordable. This is where it would be key to identify one or many channels where there is a channel market fit.

Phase III: growing in profit. This is essentially when a startup, which is high growth, is trying to map its model to a company which is publicly traded and that has robust financials.

Gulsher did not spend much time romanticizing about the definition of growth models. Instead, he broke it down into two simple types of growth – linear versus exponential.

Sometimes growth can be bought by marketing dollars, for example in the case of startups that are funded by billion-dollar funds. Therefore, it is key to look at whether a company has intrinsically exponential growth, and there are two things to look out for:

Dropbox not only gave people a cloud space to upload and later view the files, they also incentivised their users to invite another person to use the service by giving out free storage. This then created symmetric loops which are not standalone funnels, but were instead different feedback loops that led to growing the users.

While companies sometimes set up teams to think about just acquisition and driving traffic or monetization or retention to create order, Gulsher thinks that retention is the heart to exponential growth. A lack of retention of users will mean that if a company stops putting in marketing dollars today, in the next 6 or 12 months, they will have no users. Therefore, it is important to retain the users and create a network effect, because the value of network increases with each node that gets added into the system. This should not be confused with the economies of scale that companies get as they become larger, or with achieving equilibrium with the supply/demand equation.

Gulsher also gave many examples of such feedback loops that can lead to exponential growth, and also very kindly illustrated an example using Supermomos. He also talked about how we can look at different parts of the loop and understand the impact of each node in the loop, so we can then begin to quantify the impact of each node and its corresponding impact on the network/product decisions.

We have also included two links below, one to the slides that Gulsher had used during the session, and another to the spreadsheet where he had drawn up a sample growth simulation with Supermomos as an example to show how models influence product decisions.

If you found this interesting, do sign up here for the upcoming session that Gulsher will be hosting on the topic of User Insights. Feel free to follow Gulsher on linkedin too for his latest updates!

Thank you! Your submission has been received!
Oops! Something went wrong while submitting the form. Please make sure you have entered both fields!